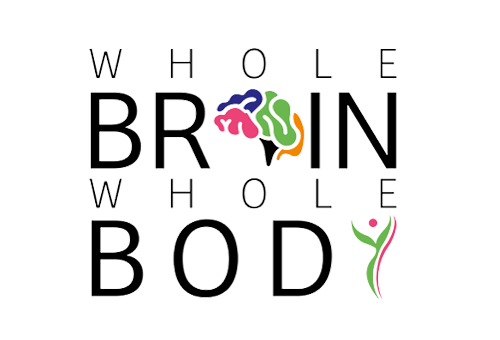 Racism is a public health crisis – and a human crisis – the world over. There are disparities when it comes to health outcomes due to racism (not race) because of:

This directly impacts health outcomes, which are then further compounded by racial disparities in education, economic insecurity, poor working conditions, housing insecurity & more. Again, a racial disparity does not mean that something is unequal because of some issue inherent to Black people – it is due to a vicious cycle called RACISM. I shouldn’t even need to state that, but unfortunately ignorance is still widespread and since racist tropes about the Black body have persisted. To learn more about this scroll down below to the {} for a very brief, narrative style history lesson on the health of Black people and the origins of today’s current health care system.

These are the life threatening health outcomes that I am referring to that disproportionately target Black people:

The healthcare system in the U.S. in many care categories underperform those of other countries in increasingly alarming ways – take for instance the maternal mortality rate. Yet, what people don’t understand is that while the health care system isn’t working for many people in the U.S., it has never worked for Black people – and, in fact, it’s been deadly (literally).

You might be wondering how alternative health options fit into the picture. Well, at Whole Brain Whole Body I advocate for integrative health and wellness and I don’t believe there is any substitute for sound medical care. Instead, I believe it’s important to have both holistic and medical care that’s integrative so that people have the tools to self-heal as well as professional support when needed.

However, when it comes to holistic and alternative health spaces which is dominated primarily by white practitioners, a great deal of unchecked racism also exists. From the commodification (and theft) of ancient & indigenous practices to the prevalence of spiritual bypassing (i.e. telling Black people to “vibrate” at a higher energy and they won’t experience racism) and perpetuation of stereotypes about the Black body, there’s a good reason why Black people wouldn’t trust or feel welcome in many holistic and alternative health spaces.

When it comes to professional training in this industry, Black people and BIPOC generally have even less access even though many of us are tapped into powerful ancestral gifts, traditions and healing capacities. I created Whole Brain, Whole Body because I firmly believe in self-directed healing processes, and in authorizing our bodies to be at the center of that healing rather than a diagnosis. Click here to learn more about what we’re doing about this crisis, and how we’re committed to anti-racism.

{A brief history lesson for those who are less aware with a TW for those who are BIPOC:
When slaves were bought & sold in the U.S., they obviously had no rights to any form of health care, wages or anything else that we today consider necessary for all human beings to thrive. When slaves were emancipated, after having been dehumanized and disenfranchised for so long, they were left with nothing to build their lives. No income, resources, property or health care. Because of not having access to any of these, disease quickly spread among the formerly enslaved population and many whites at the time – including those in power – felt that this only proved their theory that blacks are inadequate, that there was something wrong with them that they were dying and that it was natural selection that this should occur and nothing should be done about it. Decades passed without any federal intervention or reparations. Eventually, a debate around Medicaid which would make health care accessible to Blacks in this country began to spread – and fast forward to the present, we still have deep inequity in our health care system. There have been no federal interventions or reparations to rectify this. Many people don’t know that Medicaid and our current health care system are rooted in these inequalities that stretch back to the time of slavery. Many people also don’t know just how deeply the Black community has been affected by generational theft (literally) & lack of access to healthcare + other basic provisions like jobs and housing — all still issues today. There are other dimensions of this history that are noteworthy including how Black bodies were abused in order to develop today’s medical system – namely, obstetrics and gynecology, to feed the children of white slave owner’s children, etc. This is by no means an exhaustive summary of the history. It’s a snippet to help those understand how and why this moment we find ourselves in today ways so heavily. I’ll be sharing more snippets about these aspects of health & health care in future posts.}